Merethe Frøyland is the leader of this project. She is associate professor with a major in geology and Ph.D. in museum communication. From January 2012 she has been the leader of the VITEN-committee at The Norwegian Research Council. The VITEN-committee has as its main goal to develop and increase the governmental priority to the local science centers in Norway. Previously Frøyland has worked for 14 years with museum/science center communication through ABM-utvikling (Norwegian Archive, Library and Museum Authority). Through this period she was one of the initiators to give science centers governmental support. Frøyland has published a number of reports and articles in the field of museum communication and in 2010 she published a book “Mange erfaringer i mange rom. Variert undervisning i klasserom, museum og naturen” through Abstrakt publisher. In addition Frøyland is the leader of the Geoprogrammet and Energiskolen at Norwegian Centre for Science Education. 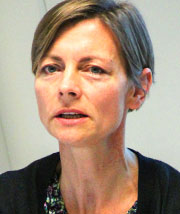 Dagny Stuedahl is professor in Expand. Her background is from ethnology and she has a dr.polit from InterMedia, University of Oslo where her focus was on cultural aspects in design and technology. Her previous work has been interdisciplinary including perspectives from media and communication, interaction design and youth research. She has participated in a number of interdisciplinary national and international projects including NEMLIG (InterMedia 1999-2002), MULTIMO (InterMedia 2004), RENAME (Institute for Media and Communication 2004-2008), CONTACT (InterMedia 2009-2013), EU-financed MUSTEL (2007-2008) and EPOCH (2005-2006). She is the co-editor of two book projects; Storsul and Stuedahl 2007 ‘The Ambivalence of Convergence’ and Wagner, Bratteteig, Stuedahl 2010 ‘Exploring Digital Design. Multi disciplinary Design Practices’. In addition she is the leader of the Nordic network Culture Kick at the Nordic Council of Ministers. 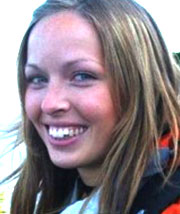 Ingrid Eikeland is a Ph.D.-student in Expand. Her background is from science education and her main subjects are biology and chemistry. In her master’s degree she focused on inquiry based outdoors science education. From 2011-2013 she has worked in a shared position between Department of Teacher Education and School Research, University of Oslo and as a science collage teacher at Eikeli VGS in biology and nature science.